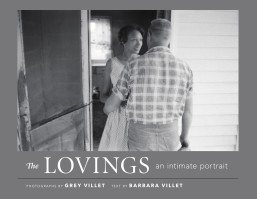 The Lovings: An Intimate Portrait

On July 13, 1958, newlyweds Richard and Mildred Loving were taken from their bed and arrested, accused of the crime of “miscegenation” under Virginia law. Mildred was of African American and Native American ancestry, Richard was white. Wanting only to live together as husband and wife, the couple eventually brought their case to the US Supreme Court. On June 12, 1967, the highest court ruled unanimously in their favor, a milestone in civil rights history.

In the spring of 1965, as their case worked its way through the courts, Grey Villet, a celebrated photojournalist for Lifemagazine, was sent to document the Lovings’ story. The Lovings: An Intimate Portrait presents the resulting photo-essay in its entirety for the first time. With a narrative by former Life editor Barbara Villet, Grey’s colleague and wife, and a foreword from Pulitzer Prize–winning photojournalist Stephen Crowley of the New York Times, the photographs document the Lovings’ love and commitment to family and community with an intensity and intimacy that is the signature of Grey Villet's award-winning work.